Ever wonder what your brain looks like on video games? Below, Matt Richtel of the New York Times lies in a $3 million M.R.I. scanning tube while playing a simple driving game, as researchers sit by and observe the real-time images inside Richtel's brain. 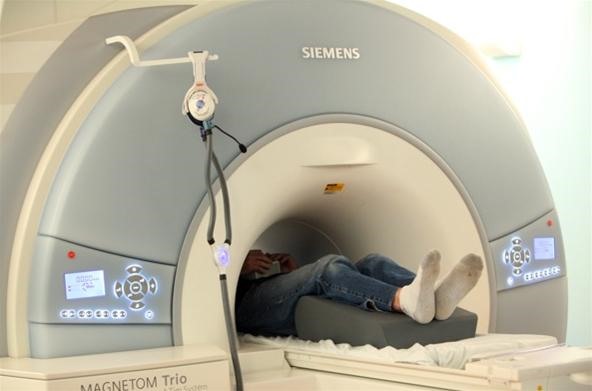 Why? To measure and map the "ethereal concept of attention"... in other words, the attention span of the modern day multi-gadgetized individual. Richtel says:

"For several decades, neuroscientists have used imaging machines to explore the brain. Early work in the 1990s involved such simple tests as discovering or verifying what parts of the brain get involved in particular tasks. (Hand squeeze = motor cortex! Uncork champagne = also, probably, motor cortex.) 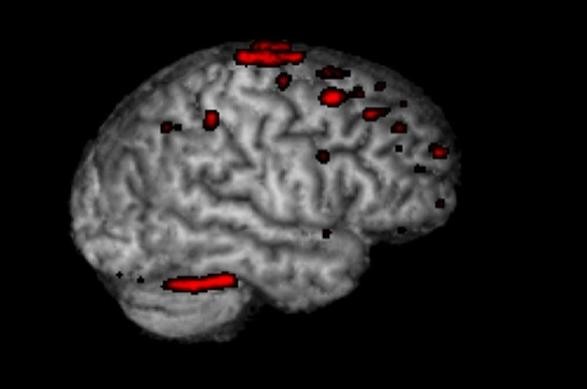 More recently, the researchers have been trying to map neural networks so that they can understand, for example, what parts of the brain get involved — and how they cooperate — when someone experiences pain, or makes a decision. Doing so, it turns out, is as hard as trying to guess all the ingredients in an Iron Chef's stew, and their proportions, by peeking into the pot.

But scientists argue that this work is important given the role attention appears to play not just in daily life but in a host of maladies — like attention deficit disorder and schizophrenia — in which someone appears to become overly focused on trivialities or, by contrast, unable to focus at all.

It's sort of cosmic to contemplate the idea of breaking down attention into its anatomical components. 'Look, honey, my auditory cortex is absolutely paying attention to you. It's only my visual cortex that is focused on Angry Birds!'"

I had heard at one point that an experiment like this, displayed results similar to that of an addict.